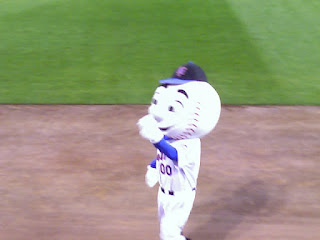 As the Mets look to open their new season in a new park, I look back on the old one.

Shea Stadium was home to many memories for many people including my very first game, a 4-0 loss to the Astros behind a complete game from Nolan Ryan. I went to the game with my father, my best friend and his father. Our memories of the game are hazy, but the disappointment of the loss lingers and in many ways brings us together as Mets fans. The game was played on Tuesday, Aug. 31, 1982 and I was eight-years-old. 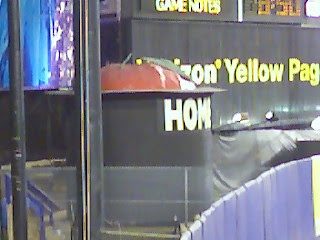 Some 26 years later I would see my last game at Shea. Fittingly, it was a 9-5 loss against the Cubs. David Wright homered for the 33rd time that season and Kerry Wood recorded his 33rd save. 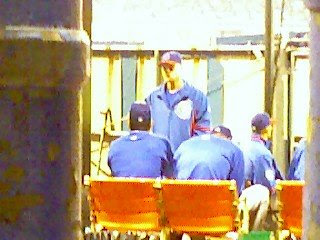 The tearing down of the old to make way for the new is nothing unusual for baseball. This year the famous House That Ruth Built will move in the shadow of its predecessor and that of the Polo Grounds and the kids will line up outside McDonald's not far from where Jackie Robinson made history in Brooklyn, but the memories will some how remain enshrined in the hearts of millions of fans, some broken, some hopeful, some ready to love again.

Popular posts from this blog

Amy Winehouse Is Gonna Straighten Your Ass Out

Who Is the Girl in the El Dorado Spa Resorts & Hotels by Karisma TV Ad?

April 03, 2016
Often times a long journey can lead you back to the beginning. Such was the case in my quest to uncover the model featured in the El Dorado Spa Resorts & Hotels by Karisma TV ad.
You know the one, she's wearing a white string bikini, leaning against a four-poster bed on a sandy beach, watching a man in blue boardshorts approach. It's a stunning ad, produced by Dorn Martell from Tinsley Advertising with original music by John Jay Martyn and Jimi Ruccolo on guitar. I uncovered all of these contributors, including the voice-over-artist, Jodi Krangle, in my search for the woman in the white bikini.


What prompted me to set sail on this odyssey? While the sensuous ad targeting the luxury traveler was the vehicle, the catalyst was as ancient as Helen of Troy, desire.

"I wish that was my butt," said my wife.
"Me, too," I said. But whose butt is it?
A Google search led to countless other searches, taking apart the ad over and over again on YouTube, going throug…
Read More »

April 30, 2012
I was caught by surprise last Friday when I read Margaret Brennan's farewell to the NYSE and her show on twitter. I had been a loyal follower of InBusiness since she left CNBC's retail beat to join BloombergTV in 2009.

It seemed as though the show was doing well. She moved from the studio to the floor of the Exchange and her image appeared on posters in Metro North rail cars and banners strewn across city buses.
According to TVNewser, Andrew Morse, head of U.S. TV for Bloomberg, said the changes are a continuation of Bloomberg’s “evolution into a digital, multi-platform news organization.”
I suppose it only fair that in this age of disintermediation that a change to a daily TV program be reported on twitter. No indication as to where Brennan will land, but I can't imagine a bright journalist like her will be sidelined for long.
And so it would appear that the glittering money-honey path away from CNBC may not be golden after all, e.g., does anybody tune into Erin Burnett'…
Read More »

Nobody Knows Anybody. Not That Well.

August 30, 2015
Hard to believe 25 years have passed since Miller's Crossing was released. While I often think of the film, there is one line in particular that rings true, "Nobody knows anybody. Not that well." It's a line from the gangster Tom Reagan who's played by Gabriel Byrne.

I once took the Amtrak from Penn Station, NY to Union Station, DC with Gabriel Byrne. We disembarked at the same time and I stood behind him in line for the taxi cabs across from our Nation's Capitol. I recall his silver metallic wheeled bag hit my foot while we were waiting and for reasons I can't fathom, I asked him if I could take his picture. He politely said no and I waited an eternity for the line to move and him to get in his cab.
That line, written by the Coen Brothers, echoed in my mind the rest of the evening. "Why the heck did I ask Gabriel Byrne for a picture? I know better. I'm a New Yorker."
Truth is, I don't why I did it. I don't think any of us know why w…
Read More »

May 30, 2017
I hopped in the back of pick-up truck and sped toward Manhattan for the much anticipated Guns N' Roses concert. We had just finished our shifts at IHOP and two of the waitresses had changed out of their blue plaid frocks into fishnet tights and black leather jackets. Their lips were painted ruby red and their friends provided the transportation along with a case of beer. One of my fellow refugees was not going for Guns, he was going to see the opening band Soundgarden. He had on a Badmotorfinger t-shirt that was well worn.


That concert was my introduction to Soundgarden and the emerging Seattle music scene. I can still hear Chris Cornell shake the walls of Madison Square Garden as my neck snapped back and forth with each passing rocker chick who left nothing to my teenage imagination. I would hear that same booming voice again some years later when Audioslave played atop the marquee of The Late Show with David Letterman  and shook the neighboring building were I worked 32 stories …
Read More »

The Enduring Beauty of Liz Cho

February 16, 2017
Have you ever stared at a portrait of a lady for an eternity? What if eternity was measured in 10 minutes or 10 hours or 10 days? What if you saw the same picture each day for 10 years? Would it feel like eternity? Could any portrait hold you captive for that long? Perhaps if it changed ever so slightly each day, a new hairstyle, a different dress, a dash of pepper here, a pinch of salt there, would it continue to entice the palette? Imagine if the lady could speak and you could watch her expression change from mock disbelief to spontaneous laughter in an instant? Would eternity be long enough?


I first wrote about Liz Cho in December of 2006 when she was the co-anchor of Eyewitness News at 11pm. Her bright portrait illuminated my tranquil living room each night. Those times when she was absent, there was a noticeable void like a blank space on a museum wall. I took note of one such absence in 2007 when she was on maternity leave and triumphantly announced her return a few months later.…
Read More »

Are Bill Ritter and Liz Cho in Love?

February 14, 2008
For several weeks now, I've noticed Liz Cho of Eyewitness News hasn't been wearing her wedding ring. There was idle speculation that it may be due to weight she put on during her pregnancy, but that was months ago and she has been in fighting shape for a while. Hard to remember now, but I do think it was there when she returned after Labor Day.

Of course it was clear from the start that Bill had a thing for Liz. Why not, most of us do, but what was it that put him over the edge? Does Liz actually look up to him, respect him as a venerable newsman, or is it simply the fact that work is an easy place to fall in love.

During this evening's broadcast, their was a tender moment revealed when Liz finished reading the Valentine's Day Health Alert. After she said "most people do not actually pursue their ideal mate, suggesting that we often think with our hearts," Bill looked at her tenderly and said, "Who would have thought that?" and she echoed the sentim…
Read More »

October 13, 2008
As the dust continues to settle around the annihilation of Washington Mutual by Jamie Dimon's JPMorgan Chase, common stockholders of WAMU should be readying the pitchforks and torches and hunting down the directors who so shamelessly abandoned the company in a week of a panic leading up to the congressional rescue vote. A good place to start the effigy is with replacement CEO, Alan Fishman, who stands to make $7.5 million in a signing bonus for two and half weeks worth of "work."

Fishman, who seems more interested in not spilling martinis on his evening wear than mulling through stacks of 8-Ks and 10-Qs, may have orchestrated this so-called run on the bank by phoning Treasury Secretary Hank Paulson and blowing the whistle to facilitate a fire sale of the nation's largest thrift. In my opinion, he should be sued and shamed far worse than Martha Stewart was for her ImClone dealings.

The Ascendancy of Dylan Penn and Ireland Baldwin

December 23, 2013
In the wake of holiday feasts when family and friends gather around the table for coffee and dessert, I'm often intrigued by the subjects that come up, especially when the group digresses into the did-you-hear gossip about celebs.
Last year Ireland Baldwin was the center of attention, but this year's belle of the cream-and-sugar bowl was Dylan Penn. For those who have not been introduced to either one, yet, these women are the exceedingly beautiful progeny of Hollywood couples Sean Penn and Robin Wright and Alec Baldwin and Kim Basinger. Behold:


I'm going to go out on a limb and predict that we will be seeing and hearing a lot more about Dylan and Ireland in the new year.

September 02, 2013
For those of you who have seen the movie Tombstone, you may remember the scene where Wyatt Earp, cornered and outnumbered, charges across the river and guns down his nemesis Curly Bill. After the gunfight, Doc Holiday is sitting by a tree when he's asked what he's doing out in the middle of nowhere when clearly he's not well, to which he replies, "Wyatt Earp's my friend."

When I think of friendship, one of the ingredients I've come to know is a lack of jealousy at your friend's success, in fact, you're happy when they succeed. In some cases, you're even proud of them. These things have held true with regards to my friend Ralph, that is until the day he met Liz Cho.
Through hard work and sacrifice, FF Ralph Ciccarelli made the coveted FDNY Calendar that benefits the FDNY Foundation and can be purchased here. The firefighters themselves end up devoting even more of their time to help raise awareness for the foundation through a well-executed pu…
Read More »